With the outcome, Imlay City moves to 12-1 overall. 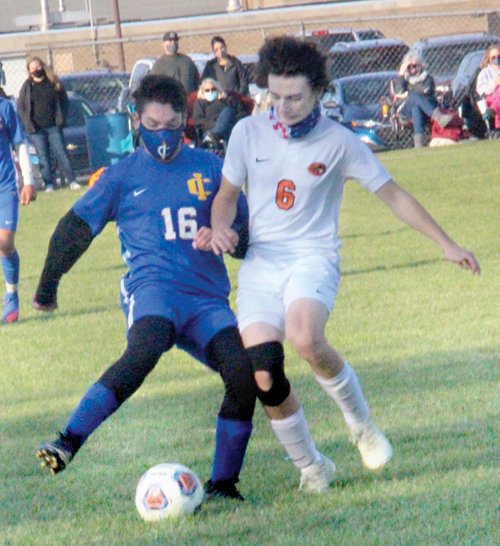 Imlay City’s Jack Ragle (L) battles a Clio foe for the ball in the title game.

“We have a team of mostly sophomores this season,” Imlay City Coach Luis Hernandez said. “For them to win the district title against a team with mostly seniors is amazing,” he noted.

“What is even better is that for them it is not enough. As a coach, it is a great mentality for a team to have. They are now ready and focused for upcoming regionals.”

In Wednesday’s matchup, Imlay City jumped out to a 2-0 edge at the half.

Imlay City then outscored Clio 3-2 from that point on, closing out a 5-2 win.

Quintin Ramirez went the distance in net for the victorious Imlay City side. Ramirez wound up with nine saves en route to the favorable outcome.