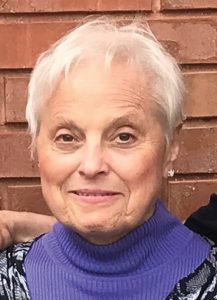 Dr. Carla Annette Cook, MD, 82, passed away unexpectedly in her home, on October 22, 2020. She was born February 25, 1938 in Sault Ste. Marie, Canada, the daughter of Carl Alex and Annette Helen (Di Pasquali) Modine. In 1955, she graduated from Bentley High School in Burton, MI. After high school, Carla enrolled at Wayne State University where she received her undergraduate degree and then her Medical Degree, specializing in Oncology, in 1962. After graduating, Dr. Carla Cook began practicing medicine at Henry Ford Hospital on the Boulevard. She then became a member of the Radiology Department of William Beaumont Hospital in Royal Oak, MI, where she treated cancer patients for over 30 years. She served on the Board of Trustees at Brighton Hospital for two terms. Many patients will remember Dr. Cook for her knowledge, expertise, and the comfort she provided while traveling through their journey. She cared deeply for her patients. At the time of her untimely passing, Dr. Cook was still practicing Oncology at the Marlette Regional Hospital.

On December 14, 1963, she married her beloved husband, G. Robert Cook, at the First Reformed Church in Detroit. Two years later they welcomed a daughter, Traci, and in 1970, welcomed their son, Russ, into the world. Outside of her love for medicine, helping people, and being called “Mom,” Carla enjoyed skiing out West with her girlfriends.

A funeral service will be held on Friday at 1 p.m. at the funeral home.

Memorial donations may be made to the American Cancer Institute in Carla’s honor. Burial will take place at West Berlin Cemetery.