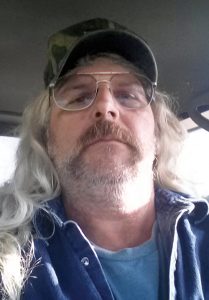 Donald Slack, 54, of Imlay City, MI died Sunday, October 25, 2020 at his home. Donald Lee Slack was born April 18, 1966 in Angola, IN. He was the son of the late Robert Slack Sr. and Betty (Halliwill) Culp. Donald grew up in the Gaylord and Grayling, MI areas. He attended Gaylord and Lapeer High School. Don was a high school graduate. He married Gina Jones on May 18, 1994 in Gaylord, MI.

He was employed as a heavy equipment operator by Novak’s Construction for three years.

Don enjoyed working on the farm, with the horses and cattle; and hunting.

Don was preceded in death by his father, Robert Slack Sr.

Please be sure to sign our online register at muirbrothersfh.com to share condolences and memories with the Slack family.