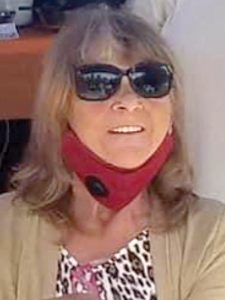 Carol Westbrook, 71, died Thursday, October 22 at Regency of Shelby, Shelby Township. Carol Sue (Harrison) Westbrook was born February 14, 1949 in Brown City, MI. She was the daughter of the late Don and Virgia (Tedford) Harrison. She grew up in the Imlay City area and attended Dryden High School. Carol enjoyed working in the garden.

A memorial service will be held in the spring.