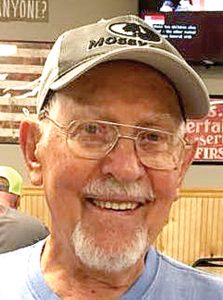 Mr. Harry A. Engle, 98, of Inverness, FL passed away on Monday, October 12, 2020 in Inverness FL, after a brief stay at Arbor Trail Rehab and Skilled Nursing Center. Born in Utica, MI on September 18, 1922, he was a long-time resident of Michigan until moving permanently to Florida in 1997. Harry enjoyed golfing, bowling and gardening into his early/mid 90s. Harry was a wonderful provider for his family and was willing to help out when ever needed. Fiercely independent, Harry lived on his own terms until shortly before his passing.

Mr. Engle was the son of Sidney John Engle and Anna (Hillebrecht) Engle. He graduated from Imlay City High School Class of 1940. He was a veteran of World War II serving in the Army as a PFC in the 1st Battalion 130th Infantry in the Asiatic Pacific Theater. Prior to WWII, he was an agricultural student at Michigan State College, now Michigan State University. He worked for the Chrysler Corp. for 26 years as a technician and engineer.

Mr. Engle owned the M-53 Motel and Engle street in Imlay City was named after him.

Online condolences may be sent to the family at www.HooperFuneralHome.com

A memorial gathering will be arranged for a future date.

Donations can be made in Harry’s name with the Leader Dogs for the Blind organization at www.leaderdog.org.