ALMONT — Brandi Kautz shot an 81 over 18 holes en route to a two-way tie for fifth place, leading the way for the Almont girls’ golf team at the Division 4 state finals last Saturday. 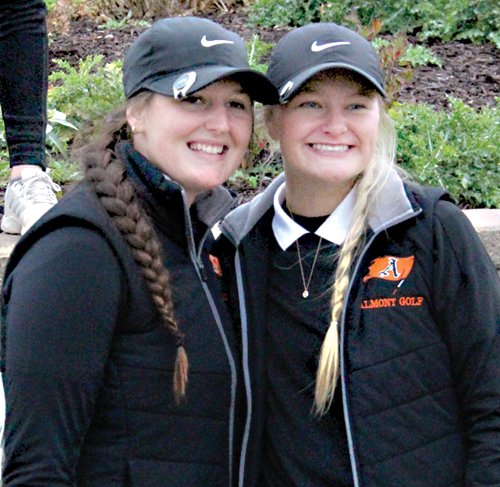 Almont’s Jesse Hellebuyck and Brandi Kautz pose for a picture at states.

Kautz’s impressive outing began with an opening nine of 40.

She then followed it up with a 41, leaving her with an 81 total at round’s end.

For her performance, Kautz attained All-State status (given to the low 10 scorers) that day.

She finished the day with an 87, featuring an opening nine of 39 and a closing nine of 48. That paved the day to an 11th-place showing.