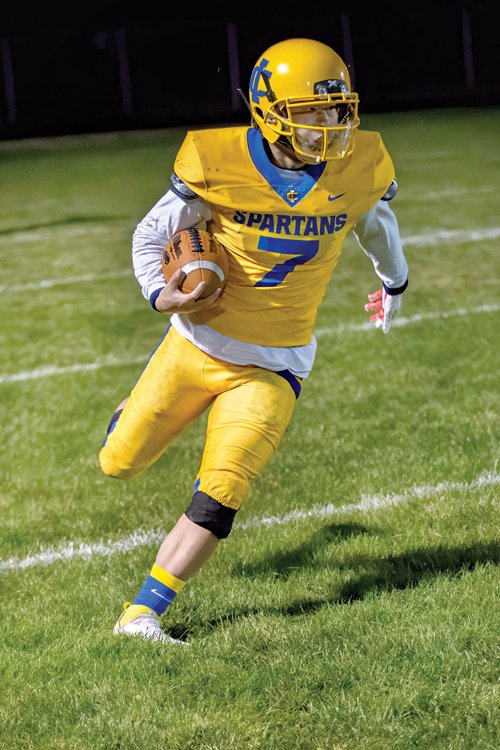 With the outcome, North Branch moves to 5-0 overall and against BWAC rivals. Imlay City slips to 3-2 versus league foes and for the season.

“It was a tough loss tonight,” Imlay City Coach Brian Tresnak commented. “We are going to refocus and this week and focus on finishing the regular season strong,” he noted.

In Friday’s homecoming matchup, North Branch bolted out to a 14-0 advantage after one quarter was done and widened the gap to 41-0 at halftime.

When the action resumed, North Branch padded its cushion some. Thanks to a 6-0 third quarter edge, the Broncos went up 47-0 with 36 minutes gone.

For the night, Jack Kaplan completed three of nine pass plays for 28 yards as Imlay City’s quarterback. He threw zero interceptions along the way.

Dakota Sandzik (two catches for 22 yards) and Chris Cezik (one reception for six yards) hauled in his accurate tosses.

Imlay City will look to bounce back this Friday when it entertains BWAC rival Almont. The contest, the regular season finale for both combatants, is scheduled for 7 p.m.