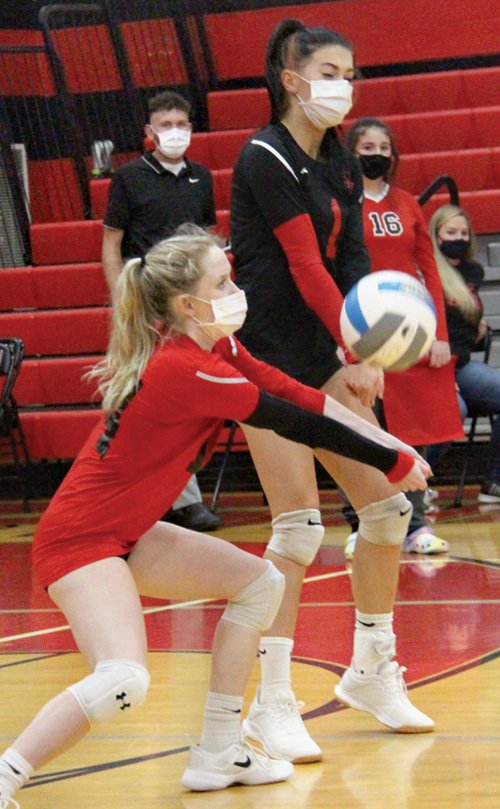 Erin Paton, of Dryden, returns a shot during a match at home recently.