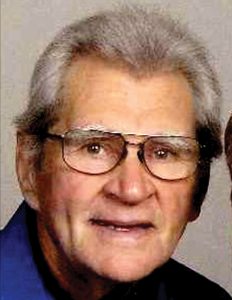 Ray Carter, 84, of Attica, died suddenly Friday, September 25, 2020 at McLaren Lapeer Region Hospital. Ray Donn Carter was born September 19, 1936 in Pontiac, MI. He was the son of the late Bob and the late Ruth (Pearson) Carter. Ray grew up around Lake Orion, MI. He was a graduate of Lake Orion High School. He married Donna Jean Knisely on September 6, 1969 in Waterford, MI. Ray and Donna have lived in the Attica area since 1974.

Ray is survived by his wife, Donna Carter; his daughter, Dawn (Russell) Hughes of Attica; and his grandson, Hudson Hughes.

Ray was preceded in death by his parents, Bob and Ruth Carter.

Funeral arrangements have been entrusted to Muir Brothers Funeral Home of Imlay City, 225 N. Main Street, Imlay City, MI. Please be sure to sign the online register book at muirbrothersfh.com to share your memories and condolences with the Carter family.