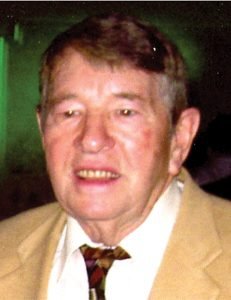 He was born April 17, 1937, in Hungary, the son of the late Paul and Elizabeth (Hajna) Schuchmann.

He worked for the former Star Bakery of Berkley and Knudsen Bakery of Detroit before opening the Schuchmann Bakery in Detroit in 1962. He then opened Paul’s Bakery in Sterling Heights in 1967. In 1970, he moved to Emmett and while working as a carpenter, built his home in 1977 on the farm. He raised over 600 Angora goats and many cows, pigs and horses. He worked for GM for eight years and then purchased the Village Pantry in Capac in 1990 which he sold and retired from in 2002. Paul was a member of the German-American Marksman Club, Auburn Hills, attended the Croswell stockyard, was a member of the McDonald’s Coffee Club, and enjoyed history, politics and watching the news.

Surviving in addition to his wife Kathy of 59 years; are three daughters and sons-in-law, Heidi Frye (Tom) of Grand Rapids, Linda and Brent Irwin of Washington Twp. and Lisa and Tom Murphy of Gainesville, GA; five grandchildren, Madison and Matthew Frye and Andrew, Kyle and Garrett Murphy; brother, Steve Schuchmann of Utica; and many nieces, nephews, cousins and friends.

He was preceded in death by brothers, Hans and Andy.

Memorials are suggested to “McLaren Hospice.”