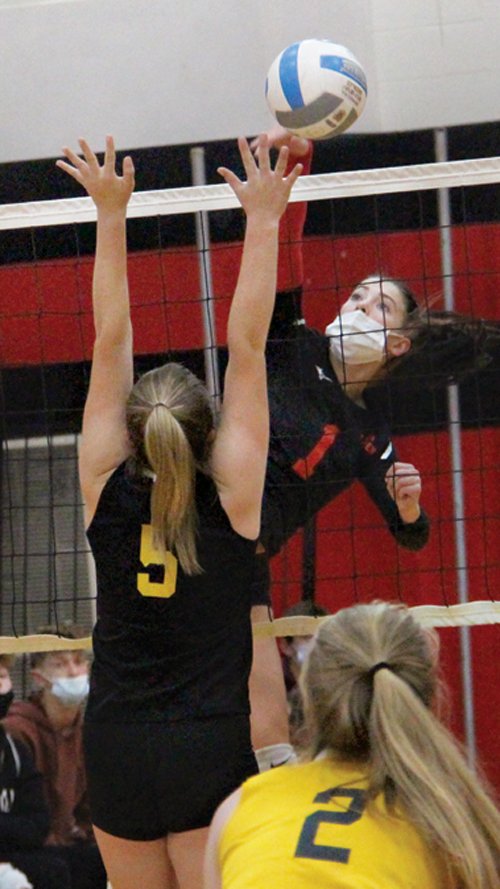 Dryden’s Erin Boettcher connects on a shot at the net during Wednesday’s win.

Becca Weiss handled the bulk of the playmaking responsibilities for Dryden. Weiss finished with 19 assists.

Hurd (two) along with Grondin, Hickmott and Daoud (one each) had Dryden’s blocks.