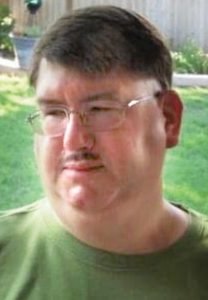 Timothy was raised in Imlay City, Michigan and graduated from Imlay City High School in 1979. He went on to graduate from Ohio Diesel Institute and moved to Clinton, Oklahoma in 1980. He worked for Halliburton, J. J. Hughes, Bryant and Sons Roofing Company and retired from Security Metal Products in 2012.

He met the love of his life while he was in the hospital, and married his nurse, Deana Williams, on October 1, 1982 in Arapaho, Oklahoma, and they have made Clinton, Oklahoma their home.

He loved to watch the television History Channel and Home Makeover show; he loved music and was a great cook. Tim was a quiet, caring, and generous giant of a man with a great wit and curiosity of all things.

He is preceded in death by his father, Bruce; and brother, Gene Swihart; as well as his mother-in-law and father-in-law, Dean and Dolores Williams.