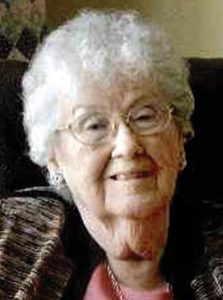 Theda Lichtenfelt, 99 years and seven months, of Imlay City, MI died Saturday, September 26, 2020 at Angela’s House Assisted Living of Imlay City. Theda M. Keyes was born February 26, 1921 in Marlette, MI. She was the daughter of the late Elmer J. and Myra B. (Brown) Keyes. Theda grew up in Marlette and was a graduate of Marlette High School, Class of 1937. She attended Michigan State College from 1938 – 1942 where she earned her Bachelor of Science Degree in Home Economics. She married Lawrence Edward Lichtenfelt on July 10, 1943 in Davis, CA. Theda and Larry had lived in Marlette, Attica and Florida.

Theda was preceded in death by her husband; a brother, Allen E. Keyes; and recently, by her son, Sidney of North Dakota.

Funeral arrangements have been entrusted to Muir Brothers Funeral Home of Imlay City, 225 N. Main Street, Imlay City, MI. The family is planning for the burial of her cremated remains to take place later in the fall at Marlette Cemetery.

Please be sure to sign the online register book at muirbrothersfh.com to share your memories and condolences with the Lichtenfelt family.