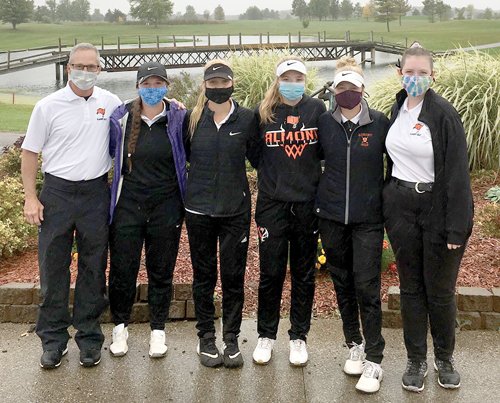 ALMONT — Brandi Kautz shot a career-best 75 over 18 holes, improving on her previous low by five strokes, en route to medalist honors and Jesse Hellebuyck carded an 88 on the way to second medalist distinction as the Almont girls’ golf team earned a first-place finish Monday at the Blue Water Area Conference Tournament.

Hannah Revoldt and Maggie Henige rounded out the winning Almont attack. Revoldt finished at 98 and Henige furnished a 109.