“We played a great game in the first half,” Imlay City Coach Brian Tresnak said. “Turnovers and mental mistakes cost us in the second half,” he noted. 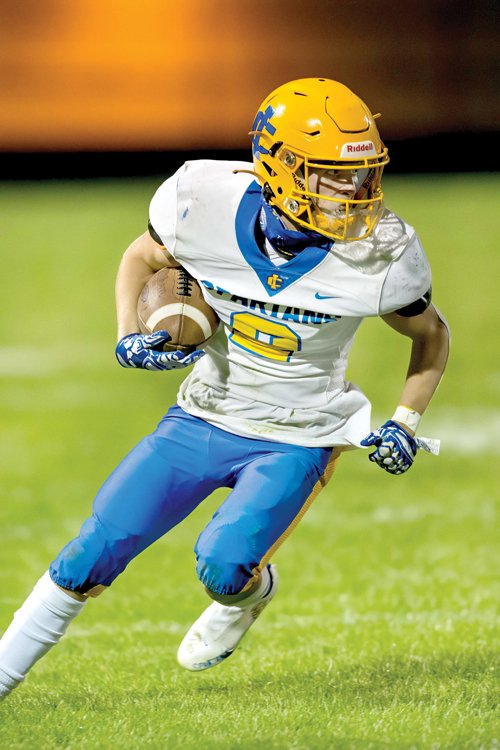 Dakota Sandzik, of Imlay City, looks to pick up a first down during Friday’s game at Cros-Lex. Photo by Rod Soule

In Friday’s clash, Imlay City jumped out a 6-0 advantage after one quarter was over with.

When the action resumed, Cros-Lex seized command with a 22-0 third quarter advantage. That left the Pioneers holding a 36-12 cushion.

Cros-Lex then outscored Imlay City 16-0 the rest of the way, putting the finishing touches on a 52-12 win.

Dakota Sandzik (two catches for 19 yards) and Chris Cezik (one reception for 16 yards) hauled in his tosses.

Imlay City will look to bounce back this Friday when it travels to Algonac for a Blue Water Area Conference game. That battle is slated to get underway at 7 p.m.