Dryden is undefeated on the year 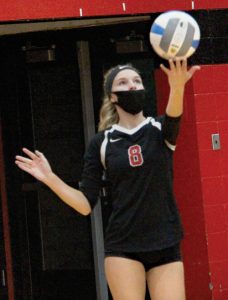 Abby Hurd serves the ball for Dryden in their win over Caseville.

With the outcome, Dryden raises their mark to 3-0 versus NCTL rivals and overall.

Weiss handled the bulk of Dryden’s playmaking responsibilities. She finished with 24 assists.