“It was great to be back on the field with the recent uncertainty,” Almont Coach James Leusby said. “The kids were excited and played well at times,” he noted.

“It was a different atmosphere with a limited crowd but the support from our fans was still much appreciated. We will get back to work on Monday and go from there.”

In Friday’s confrontation, Almont bolted out to a 14-0 advantage after one quarter was complete and widened the gap to 27-0 at the halftime break. 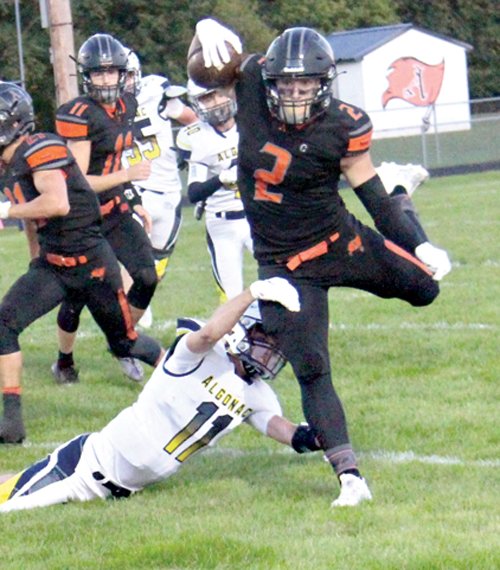 Quarter three would see Almont add six points to their total and Algonac manage none, increasing their cushion to 33-0.

Neither side would score again the rest of the way.

On the night, Houvener completed one of four pass plays for 33 yards as Almont’s quarterback. He threw one interception along the way.

The team will look to add to their victory total this Friday when North Branch pays a visit. The Blue Water Area Conference game lists a 7 p.m. starting time.