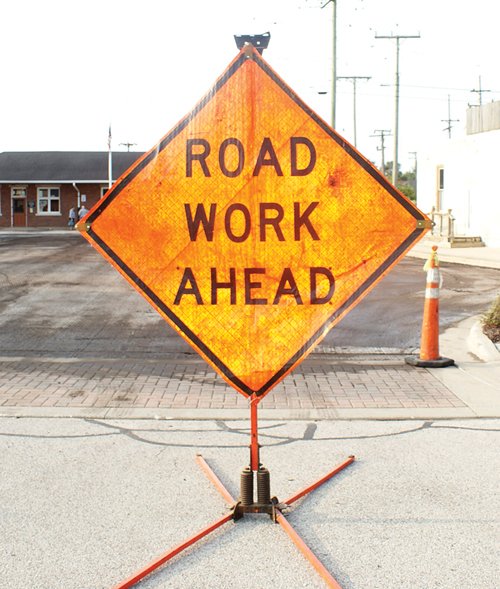 Workers from T.G. Priehs began milling this section of Main Street at Depot Drive in Imlay City on Tuesday (Sept. 16) morning in preparation for the application of a new asphalt surface.

IMLAY CITY — The Imlay City Commission has decided to seek a six-year 2.462-mill renewal of its millage for street and sidewalk improvements.

The renewal would run from 2021-2026 inclusive, with all money collected to be used specifically for street and sidewalk improvements within the city limits.

If approved on the Tuesday, Nov. 3 ballot, the renewal would raise an estimated $257,801 during its first year.

City residents approved the existing levy for streets and roads in November of 2015, for a period of five years.

Funds from that levy have been used to make upgrades to Calkins, Pine, Dirgo, Hunt, East Second, Cheney, Melanie, Marilyn, Shirley and Maple Vista streets, along with Almont Avenue.

In addition to being in need of repair, the streets identified for upgrades did not require any infrastructure (below ground) work

Former City Manager Tom Youatt had initially recommended the city not seek a renewal this year, because Lapeer County Commissioners were discussing placing a countywide street millage request on the November ballot.

However, county commissioners demurred and ultimately opted not to place a countywide proposal on the ballot.

The taxable value of a home is typically 50%, or half of a home’s “true” cash value, which reflects the property’s actual value on the open market.

The 50% figure is also referred to as the assessment ratio, which is utilized by local taxing authorities.

He said hot mix asphalt will be applied in those locations starting the week of September 14, with an anticipated completion date of September 21.

He asks that residents and visitors try to avoid those areas during the construction process.