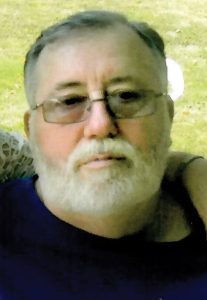 Ron graduated from A.D. Johnson High School in Bessmer in 1959. He worked at the White Pine Copper Mine doing belt repair underground while also attending Gogebic Community College in Ironwood, always with an eye toward a teaching career. Finally, able to return to college full time, he attended Northern Michigan University in Marquette where he graduated in 1970 with a Bachelor’s Degree in Math Education. In 1971 he accepted a teaching position with Almont Community Schools where he taught math for 33 years until retiring in 2004. He also had attended Oakland University for graduate classes in guidance counseling. Ron truly loved teaching math, even after retirement, he spent many hours tutoring “for the fun of it” at his dining room table. He was a numbers man, using them frequently to remember things and he didn’t understand when others didn’t share his love of numbers. In Almont, Ron coached many sports; boys’ and girls’ basketball, bowling, golf, freshman football for one year and his favorite– baseball. He was particularly proud of his 1987 team from Almont that won the Regional Class “C” Championship which was the first one in the school’s history. Ron had played baseball his entire life, including a semi-pro traveling league in the Upper Peninsula. He played softball, sometimes on more than one team a season. He was of course a devoted Detroit Tiger’s fan his entire life and is probably watching them from a new location.

Ron was preceded in death by his parents; daughter, Janine at birth; brother, Eugene Billie; and many aunts and uncles.

In accordance with Ron’s wishes, cremation has taken place.

Due to COVID-19 restrictions a Celebration of Life will be held at a later date.

In lieu of flowers a memorial may be made to St. Jude.org or Shriners Hospital @ lovetotherescue.org.