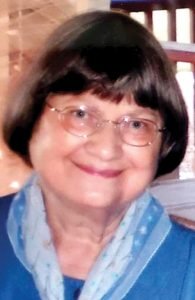 he daughter of the late Paul Southward and the late Marie H. and Woody Huber. She married Regis Ralph Smith on March 26, 1960 in Angola, IN. They celebrated 60 years of marriage together this year.

The graveside funeral was held Friday, September 4, 2020 at Elmwood Cemetery in Yale, MI.

Please be sure to sign the online register at muirbrothersfh.com to share condolences with the Smith family.