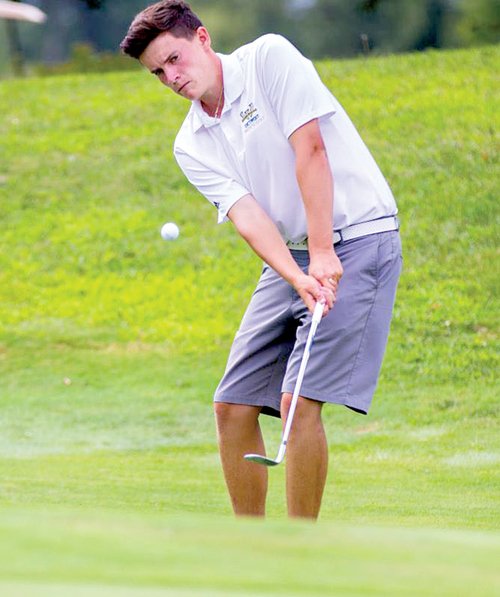 Almont’s Gavin DePauw hits to the green. He made the cut at the Michigan Open this past week.

ALMONT — Gavin DePauw, a 2015 graduate of Almont High School, competed at the Michigan Open Golf Tournament this past week.

The Bear Golf Course, at Grand Traverse Resort in Williamsburg, served as the tournament venue.

His output proved good enough make the cut, which is limited to the top-70 scores and ties, for the final two days of action.

DePauw would then shoot an 82 on Wednesday, September 2.

That left him in a two-way tie for 68th place along with Grand Haven’s Eric Wohlfield.

A total of 156 players were entered in the tournament.

“I loved the course,” DePauw said. “It was really challenging,” he noted.

“If you missed it in the wrong spots it puts big numbers into play at that course. I can’t wait until next year as I now know the course.”