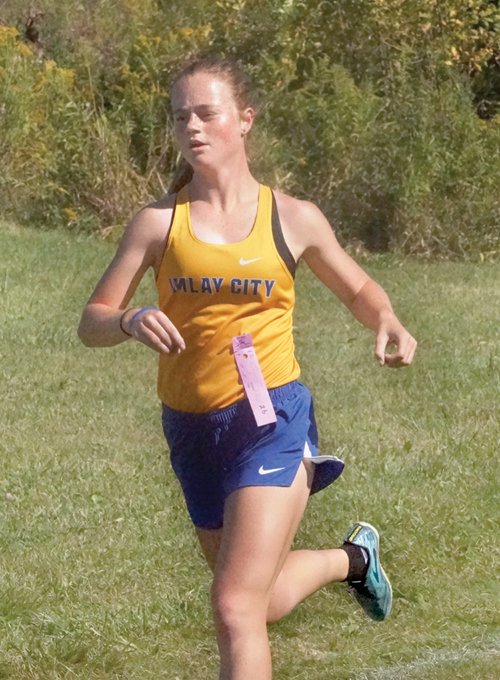 Jessica Denver, of Imlay City, picks up the pace during a meet. Denver helped Imlay City rank second last Saturday at an invitational in Webberville.

Ella Kage paced Dryden’s three-runner contingent. Her time of 22:45.86 paid off with an eighth.