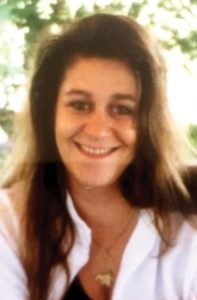 Michele Kanter, 57, of Imlay City, died Friday, August 21, 2020 at her home surrounded by her loving family. Michele Renee Bayer was born October 24, 1962 in Jackson, Michigan. Michele grew up in Warren, MI and she was a 1980 graduate of St. Clement Catholic High School in Centerline, Michigan. She married Wayne Anthony Kanter on April 7, 1990 at Fraser, Michigan.

Michele had worked for a Title Company, as a sales clerk at Walmart and at Speedway; and most recently at the Castle Creek Golf Pro Shop. Family and friends were very important to Michele; she enjoyed spending time with them; especially at Holiday gatherings. Michele enjoyed bowling and golfing.

Michele was preceded in death by her brother, Michael Bayer.

A Celebration of Life is being planned for later in the summer.

Please be sure to sign our on-line register book at muirbrothersfh.com to share your memories and condolences with the Kanter family.