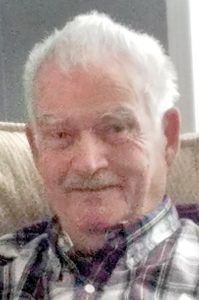 Dwain Hill, 85, of Brown City, Michigan, formerly of Imlay City died Friday, August 21, 2020 at McLaren – Caro Community Hospital in Caro, Michigan. Raymond Dwain Hill was born November 29, 1934 in Imlay City, MI. He is the son of the late Ray and the late LaNorma Mae (Secord) Hill. Dwain was a graduate of Imlay City High School Class of 1953. He immediately joined and served in the U.S. Army from 1953 – 1955 during the Korean War. When he returned, he married Edith Ann Ryckman on April 7, 1956 in Imlay City.

Dwain attended Barber’s College at Mott Community College, Flint. Dwain operated the Sportsmans’ Barbershop in Imlay City for nearly 50 years. Dwain was a member of the Imlay City American Legion Post # 135. Dwain enjoyed spending time with his children and grandchildren. Dwain and Edie traveled not once, but three times by RV to Alaska. Dwain loved it up there. They would travel to Texas or Louisiana in the winter months. Dwain was a hunter, fisherman, golfer, and camper. He especially enjoyed taking the kids fishing.

Dwain is preceded in death by his daughter, Vicky Hill Sealey.

A Celebration of Life will be held at a later date this Summer at one of Dwain’s favorite locations.

Please be sure to sign our on-line register book at muirbrothersfh.com to share your memories and condolences with the Hill family.