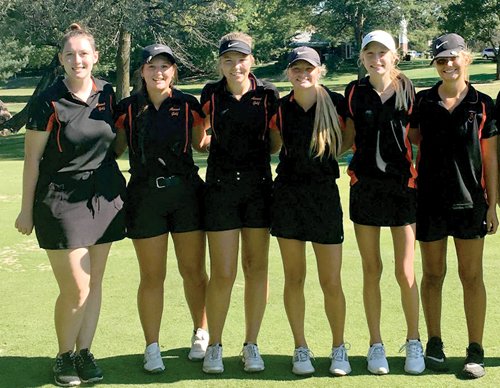 Hampton Golf Club, in Rochester, served as the tournament venue.

Brandi Kautz led Almont with a 38 for nine holes on the par-33 course. Her performance also proved good for tournament medalist honors.

Jesse Hellebuyck had the next best Almont showing. Hellebuyck finished with a 43.

Maggie Henige and Hannah Revoldt rounded out Almont’s top-four golfers. They shot a 46 and a 48, respectively.

Almont was also represented by Jesse Kautz (50) and Anna Wedemeyer (55).