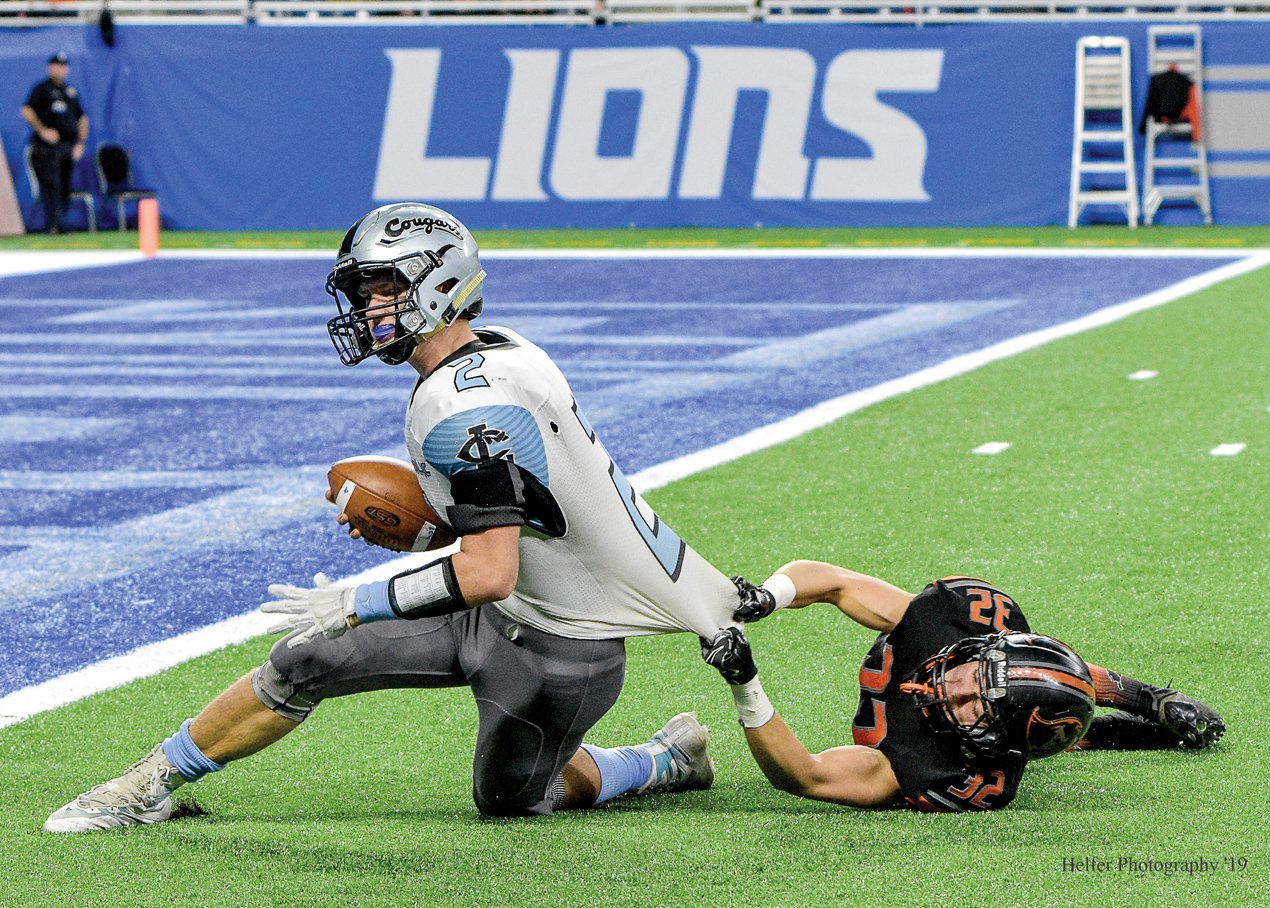 Other fall sports schedules stay the same for now

TRI-CITY AREA — After months of speculation, a decision about the Fall high school football campaign has finally been made.

Last Friday the Representative Council of the Michigan High School Athletic Association announced the 2020 Fall football season will be moved to Spring 2021 instead. They pointed to football’s higher risk for spreading COVID-19 as the reason why, with the rest of the fall sports going on as originally intended.

The football season switch was based on consultation with state health department officials and after surveying MHSAA member high schools on their progress and preferences after the first four days of practice. Football is considered a high-risk sport for the potential spread of COVID-19 because of the level of player to player contact.

A total of 34,219 student-athletes played football at MHSAA member schools during the 2019 season. A total of 520 11-player teams and 83 8-player teams were anticipated during late summer to play football this fall season.

“At the end of the day, we did everything we could find a path forward for football this fall,” MHSAA Executive Director Mark UYl said. “But while continuing to connect with the Governor’s office, state health department officials, our members’ school personnel and the Council, there is just too much uncertainty and too many unknowns, to play football this fall,” he noted.

“No one is willing to take the risk of COVID being passed on because of a high-risk sport Decisions have to be made on other sports as well, but none of those carry the same close, consistent and face to face contact as football.”

The MHSAA announced July 17 it would proceed with its traditional calendar beginning with Fall sports, but with enhanced precautions to help limit the spread of COVID-19. At the time, the MHSAA also stated it would move football and other Fall sports seasons, to the spring of 2021 if they were deemed unsafe to proceed when originally scheduled. Football was allowed to begin practice, with helmets but no other padding on August 10.

Volleyball and boys’ soccer also began practice August 12 and competition guidelines for those sports will be announced August 19. Schools in region 4 of the MI Safe Start Plan, such as Almont, Capac, Dryden and Imlay City, remain unable to play volleyball indoors due to governmental restrictions. Further guidance from Governor Gretchen Whitmer’s office is expected in the near future regarding these indoor facilities.

Details for the spring football season will include a specific schedule and format will be announced over the next few months. The MHSAA will be working on the season overlap of spring football and the traditional spring sports seasons.

Tri-City Area football programs were left scrambling to pick up the pieces after the announcement was made official last Friday.

“I am kind of at a loss for words,” Almont Coach James Leusby, whose team reached the Division 5 state title game a year ago, said. “Part of me is angry, part of me is sympathetic and understands the decision,” he noted.

Like in every game we are faced with adversity, how we handle it says everything about our character as a player and a program. Like in a game we make adjustments and move to the next play, no different here as we will wait for the official call on what we are allowed to do and then make it work for our program. I am heartbroken for my players and my son Trey that has slept in his jersey every night since he got it last week. He is a first time youth player in our program this year. As a dad/coach it’s hard to explain what it feels like to have your son want to play football for your program, a sense of awesomeness, a sense of pride, doesn’t even touch the emotion that went through me as a coach. So, I understand what my players and their families are going through firsthand. I hope the MHSAA really does everything in their power to help our athletes play this spring and allow for the community to come out and support the guys. Until then we will continue to prepare for our first spring football season in Michigan history.”

Imlay City Coach Brian Tresnak said he wasn’t totally taken by surprise on the decision by the MHSAA.

“We all knew this was a possibility,” Tresnak said. “We have been stressing to our team all summer long that doing your part means making smart decisions and following the guidelines,” he noted.

“We will continue to work towards a successful spring season once we see what the new MHSAA rules are later this week.”

Capac Coach Rob Novy said he was eager to get the 2020 campaign underway as well.

“The Capac Football Program is extremely disappointed in not being able to play football in the Fall of 2020,” Novy said. “We believe we are dramatically improved from 2019 and our senior leaders had dedicated themselves to getting better,” he noted.

“We also had a great group of freshmen that were very excited to rejuvenate our junior varsity program. We have a great deal of respect for the MHSAA and the job they do. We know Mr. Uyl (the executive director) is a straight up guy and did everything he could to have Fall football. Friday Night Football in Capac is important, but pales in comparison to the health and safety of our players, cheerleaders, band members, parents, coaches and opponents. We look forward to Spring 2021 and providing the best athletic experience we can bring to the students of Capac.

Until then, the MHSAA will try and sort out the logistics of having the football season switched to spring and seeing that the normal spring sports will go on as well.
“While this is tremendously disappointing, we will do everything possible to provide the best possible experience in the spring while adding football to the calendar,” Uyl added.