DePauw to play in Michigan Open 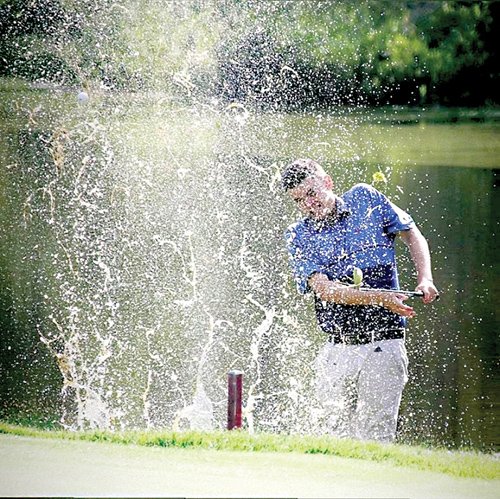 Almont’s Gavin DePauw, shown here in a tourney this year, will compete at the Michigan Open.

Former Almont standout to tee it up at The Bear

The event is scheduled for August 30 through September 3 in Traverse City.

The Bear Golf Course, at the Grand Traverse Resort, serves as the tournament venue.

DePauw earned the right to compete there with a strong performance at a Michigan Open qualifier on Friday, August 7.

Playing at Spring Meadows Country Club in Linden, DePauw posted a 73 for his 18-hole round. That left him in a three-way tie for eighth among the field assembled.

There were 10 available qualifying spots on the line that day.

A total of 32 players competed.