ALMONT — The Turnin Two 14U softball team, which lists Almont’s Devin Johnston on its roster, registered a third-place finish at the PGF Regional Qualifier recently.

The tournament unfolded July 27-30 at the Louisville Slugger Complex in Peoria, Illinois.

Turnin Two opened their successful run with a 4-2 win at the expense of Texas Glory on Monday, July 27.

Later that day, the team notched a 6-4 victory over Wisconsin Lightning Premier and a registered a 3-2 triumph against BNGSA Angels. 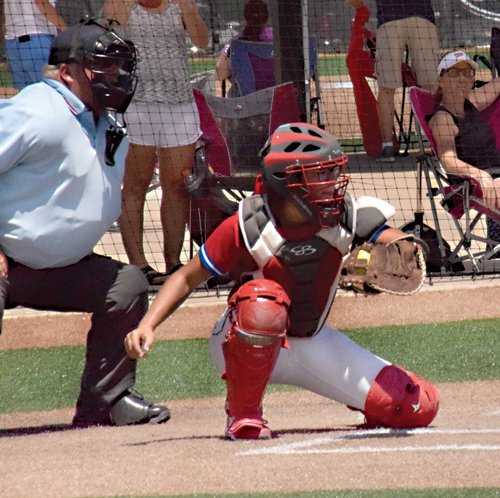 The following day saw Turnin Two go to 3-0, thanks to a 10-2 win over Illinois Stars.

Turnin Two then prevailed three times on Wednesday, July 29. It was there they obtained a 5-0 victory against Peoria Sluggers; a 5-4 triumph over Stateline Fury; and collected a 4-1 triumph over Chicago Batbusters.

The following day saw Turnin Two lose a 3-2 outcome to Beverly Bandits in a contest which took nine innings to determine a victor and drop a 3-0 verdict to Stateline Fury.

That left the team with a 7-2 tournament showing, good for third place out of 48 squads.

She also went nine for 21 at the plate, a .429 hitting clip, for the tournament. Her performance included seven singles, two doubles, a walk, a hit by a pitch and a pair of stolen bases.