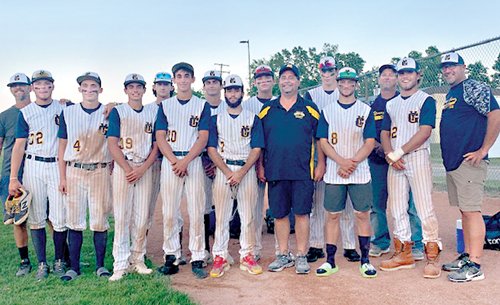 The Michigan Young Guns 17U baseball team and their coaches take time out for a photo after wrapping up a Greater Flint Baseball League title this past week.

TRI- CITY AREA — The Michigan Young Guns 17U baseball team wrapped up their season as Greater Flint Baseball League champions, sweeping the Grand Blanc Gladiators 17U squad by 11-4 and 4-1 scores.

With the outcome, Michigan Young Guns complete their regular season as owners of a pacesetting 7-2-1 mark.