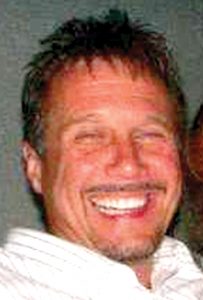 Michael Siegler, 58, of Burton (formerly of Imlay City), MI died Monday, July 27, 2020 at McLaren Flint Region Medical Center of Flint, MI. Michael Edwin Siegler was born December 1, 1961 in Rochester, MI. He was the son of the late Thomas and the late Elizabeth (Marzion) Siegler. Michael grew up in Imlay City. He was a graduate of Imlay City High School, Class of 1980. Michael married Carol Lynne Snyder on March 16, 2012 in Lapeer, MI. He lived in Dryden before moving to Burton, MI eight years ago with his wife Carol.

He was employed as a gas serviceman by Consumers Energy in the Flint office for 25 years.

Michael was a member of the Imlay City Eagles, the Davison Eagles, and the Lewiston Fun Ones (a snowmobile club).

Michael was preceded in death by his parents, Thomas and Betty Siegler; and his brother, Randel Siegler.

Please be sure to sign the online register at muirbrothersfh.com to share condolences and memories with the Siegler family.