Bowled over: Making a case for reopening

TRI-CITY AREA — The Michigan Bowling Proprietors Association will hold a peaceful protest in Lansing on the front lawn of the Capitol building one week from today.

Paul Abromaitis, owner of Hideaway Lanes in Almont and Board Member of the Association, has been working to help organize
the event. The event will take place at 11 a.m. on August 12 and has been organized to grab the attention of Governor Gretchen Whitmer, in the hopes that the State of Michigan will allow bowling alleys to safely reopen. Abromaitis expects more than 300 people will be in attendance at the event.

He expressed his concern for not just his bowling alley, but other local alleys, including Cedar Lanes/IC Strikes in Imlay City, saying “Brian Hill in Imlay City, I want to see him open and make it, too. We are all in this together.”

Bowling alleys, which are included in the State’s “MI Safe Start Plan” along with gyms, fitness centers, and entertainment businesses, have been closed since March, when the “Stay Home, Stay Safe” orders were first issued.

“The bills don’t end—open or closed—we still have to pay for insurance, taxes, electric bills, and those are big expenses,” Abromaitis said.

In April, the Association submitted their safe reopening plans to the State of Michigan but they have received no response from the State. Abromaitis is confident that Hideaway Lanes and other alleys can reopen with customers and social distancing in mind. 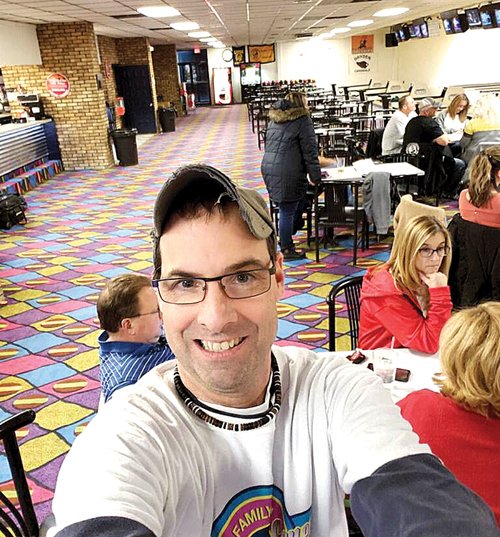 Paul Abromaitis, owner of Almont’s Hideaway Lanes, is helping organize a peaceful protest at the Capitol building calling for the state to allow bowling alleys to reopen.

In recent months, the Michigan Bowling Proprietors Association has hired a lobbyist and a publicist. They have also hired a law firm and are considering taking legal action against the State of Michigan.

Bo Goergen, Executive Director of the Bowling Centers Association of Michigan, says the group has been “battling to reopen.” He has been working with Abromaitis to organize the upcoming Capitol protest.

Goergen says the goal of the protest is simple, “to educate the administration on who we are and what we contribute to the economy.”

He notes that Michigan is tops in the nation in bowling participation and referred to Detroit as “the Bowling Capital of the World.”

His opinion on safely reopening is that bowling alleys can absolutely reopen in a safe manner, saying, “With 30,000-40,000 square feet of space in an average bowling alley, social distancing is not an issue. We have plans
including sanitizers, PPE supplies, and plexiglass barriers where needed.”

While the hope is to reopen before September leagues begin, another focus of the rally is to prompt the administration for an answer to their safe reopening plans.

Goergen shared that 45 other states have safely reopened their bowling alleys and says there haven’t been any COVID-19 outbreaks reported from bowling alleys in any of those
states.

While Michigan alleys are closed, Goergen says, “A lot of people are going out of state for their leagues. They are going to Ohio, Illinois, Wisconsin, just so they can bowl.”

Abromaitis welcomes bowlers, league members and employees to join him and his family at the protest in Lansing. He wants the peaceful protest to remind the Governor and her administration that bowling alleys, including Hideaway Lanes in Almont, can open, using the guidelines to do so safely for all of their patrons.

He’s passionate about his business and says reopening is important for more reasons than just to pay the bills. Abromaitis knows that Hideaway Lanes is a part of the community, and that is something he is thankful for on a daily basis.

“We are a business where memories are made. Community events are held at Hideaway, families have
events there. I even met my wife at the alley. My customers are like family to me, and we would never want to reopen if it was unsafe. It is time for our employees to get back to work so they can provide for their families.”