Outrage 16U are tourney champs 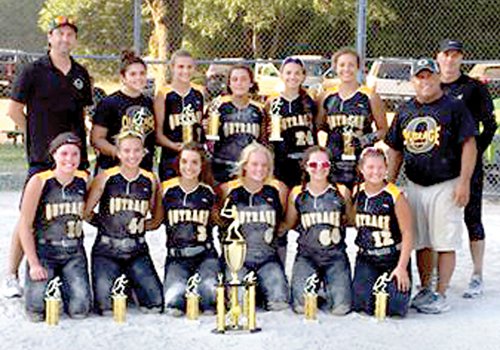 Play was contested Saturday at Memorial Park in Royal Oak and Sunday at Hickory Glen Park in Commerce Township.

The squad opened tournament action with an 8-0 setback to MI Recon 15U.

Later that day, Outrage’s 16U softball team evened their tournament mark at 1-1 with an 8-0 win against Interlace Pride.

Olivia Malcolm was their pitcher of record. She threw a one-hitter.

They then met MI Recon 15U for tournament honors next.

In a rematch of their tournament opener, Outrage avenged the setback by a score of 12-7.