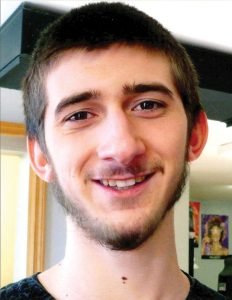 Nicholas “Nick” Knibbe, 24, of Attica, died suddenly Friday, July 17, 2020 in Imlay City. Nicholas Johnathon Knibbe was born October 17, 1995 in Pontiac, MI. He grew up and lived most of his life in Attica. Nick attended Imlay City High School. He was employed as a general laborer for various companies in the Attica and Imlay City areas. Nick enjoyed hunting and fishing. He liked to play hockey in Lapeer.

He is survived by his grandfather, Hank Knibbe of Attica; uncle, Kevin Knibbe; aunt, Lori Knibbe; his cousins, Lana Knibbe and Nathen Knibbe; and his half-brother, Allen.

Nick was preceded in death by his father, Kelly Knibbe; grandmother, Peggy Knibbe; and his uncle, Kenneth Knibbe.

Please be sure to sign our the online register at muirbrothersfh.com to share condolences and memories with the Knibbe family.