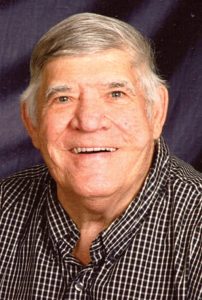 “Ray” served his country with the United States Marine Corps as a Corporal from 1966-1968.

Ray attended Cole United Methodist and Melvin Baptist churches. He was employed by Almont Manufacturing for 23 years until his retirement in 1990. He was an avid hunter, especially bow hunting, and enjoyed attending his grandson’s sporting events in Yale.

Surviving in addition to his wife Linda of 54 years are sons Dan and Jeremy both of Yale; three grandchildren, Jarrett, Ava and Zoe; five sisters, Rometta Hicks of Brown City, Gracie Farden of Yale, Joannie Krol of Sandusky, Mary Childers of Brown City and Jenny Vincent of Croswell; brother, Jeff Childers of Brown City; and many nieces, nephews, cousins, friends and many hunting buddies.

He was preceded in death by a brother, Chuck Childers.

The family honors the memory of Ray and invites you to visit and share memories Saturday, August 1, 2020 from 10 a.m. to 12 p.m. at Cole United Methodist Church, with memorial services at 12:00 p.m. Pastor Julie Cramer will officiate.

For information and Guest Book kaatzfunerals.com