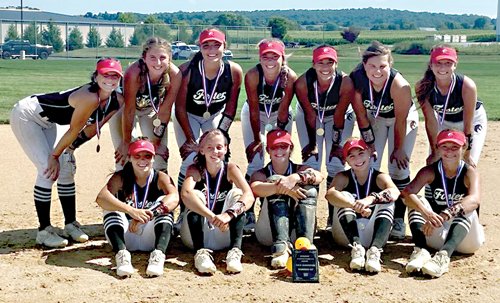 IMLAY CITY — The Foster Oilers 16U softball team, which counts Imlay City’s Jaya Forti among their ranks, registered a second-place finish at the In the Net July Jamboree Tournament this past weekend.

Palmrya, Pennsylvania is where the action unfolded.

The squad started things off Saturday with an 8-0 win against Juniata Jaguars.

Later that day, the team picked up a 17-4 victory over Jersey Bombers and notched a 5-1 triumph against Caruso Krush 16U.

The following day saw Foster Oilers begin bracket play with a 9-1 win over Caruso Krush 16U and obtain a 10-5 semifinal victory over Juniata Jaguars (after spotting their foes a 5-0 lead).

They then challenged Central PA Havoc for the title next.

When the final out was registered, Central PA Havoc prevailed 3-0.