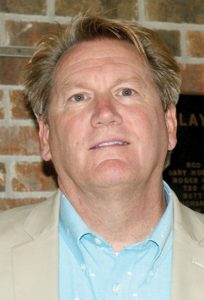 At a July 14 special meeting, commissioners voted (5-2) to allow the city’s personnel committee (Mayor Joi Kempf and Commissioners Kelly Villanueva and Ted Sadler) to draft a proposed contract for Horton, subject to negotiation and final approval by the full commission.

Tuesday’s meeting marked the second time commissioners had made a formal offer to Horton, who on June 4, was the only person to have been interviewed for the position.

Following that meeting, the commission decided to consider other applicants for the position, opening the door for Marine City Manager Elaine Leven; and City of Burton Operations Manager Rik Hayman. Both were granted interviews in the ensuing weeks.

On July 8, city commissioners interviewed Horton, Leven and Hayman for a second time.

During that meeting, the three candidates were asked a series of identical questions by Kempf and committee members, followed by random questions from the other commissioners.

Based on the interviews, individual commissioners rated each candidate on a number basis, with the results being submitted to the personnel committee.

At the time, the city was still awaiting the results of background and reference checks conducted by ASE (American Society of Employers) Services. Additional references provided by Horton were checked by Sadler.
Committee members opted to hire ASE rather than spend the money (upwards of $7,000) and time (90-120 days) to hire a major search firm.
The committee had earlier ruled out the option of hiring an interim manager.

As of Monday, Kempf said the city had yet to receive an invoice from ASE, regarding the total cost for its services.

On July 14, each commissioner had the opportunity to discuss the three candidates and whom they favored, prior to the roll call vote.

In the end, commissioners agreed that they all had varied opinions of the candidates and what they would bring to the position.

“I think we were lucky to have three good candidates,” Kempf said. “Everyone did a great job.”