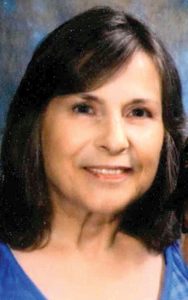 Jeanie Bowlsby, 59, of Attica, MI died Monday, July 6, 2020 at home surrounded by her loving family. Jeanie Lynn Walker was born April 4, 1961 in Almont, MI. She was the daughter of the late Grant “Gene” and the late Karen (Gass) Walker. Jeanie grew up and lived in Imlay City. She traveled for a period of time and then resettled in Imlay City. Jeanie was a graduate of Imlay City High School, Class of 1979. She continued her education at Mott College where she earned a degree in Business Management. Jeanie married Gary Bowlsby on February 18, 1999 in Lapeer, MI. She was mostly a homemaker, raising her family. Jeanie was a member of First Baptist Church in Imlay City, MI. She enjoyed music, especially Abba, Prince, Rock & Roll, and hymns. Jeanie loved to read.

Jeanie is survived by her husband, Gary Bowlsby; and her daughter, Amanda (Nate) Summers of Mussey, MI. She was preceded in death by her parents, Gene and Karen Walker.

Those wishing to make memorial contributions may direct them to the American Cancer Society.

Please be sure to sign the online register at muirbrothersfh.com to share condolences and memories with the Bowlsby family.