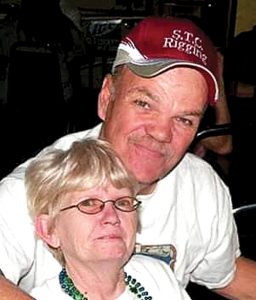 Daryl Snoblen, 65, of Imlay City, MI died Tuesday, July 7, 2020 at McLaren Lapeer Region Hospital of Lapeer, MI. Daryl Edwin Snoblen was born August 3, 1954 in Brown City, MI. He was the son of the late Gerald and the late Elaine (Ford) Snoblen. Daryl grew up in North Branch. He was a graduate of North Branch High School, Class of 1973. He has lived in the Imlay City area for the last 20 years.

He was employed as a custodian by DMBURR Group for Imlay City Community Schools for the past 3-5 years. Through the years, Daryl was employed at Duckert Farms and Sawmill in Imlay City, MI and Snoblen Construction in North Branch, MI. Daryl was a jack of all trades and master of some.

Daryl was a member and past president of the Imlay City Eagles, Chapter # 4082. Daryl enjoyed playing horse shoes, shuffleboard, corn hole, and played slow pitch softball for Harman Oil. He liked to watch and cheer for the Detroit Tigers and the Detroit Lions.

Daryl was preceded in death by his parents, Gerald and Elaine Snoblen.

A Celebration of Life is being planned for a later date in the summer.

Please be sure to sign the online register at muirbrothersfh.com to share condolences with the Rutherford and Snoblen families.