Almont Attack 12U claims a title 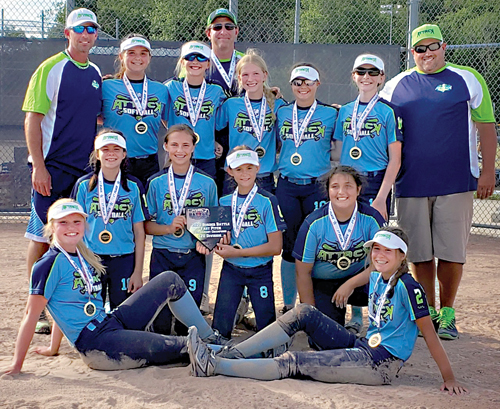 TRI-CITY AREA — The Almont Attack 12U softball team registered a first-place finish at the USSSA Border Battle Championship in Macomb this past weekend.

The team started things off Saturday with a 12-4 win against the Michigan Bulldogs.

Later that day, Almont Attack obtained a 9-2 victory over Batbusters.

Sunday saw the team notched a 15-4 triumph against East Side Diamonds; collect an 18-2 win over Team Michigan; and secured a 9-0 victory against Hitz Outlawz.

Those outcomes landed them a spot in the title game where Diamond Backs Elite provided their opposition.

When the contest drew to a close, Almont Attack left the field up by an 11-1 count.

Reams, Helm and Cannon shared the pitching responsibilities for the Almont Attack. They finished with two wins apiece.