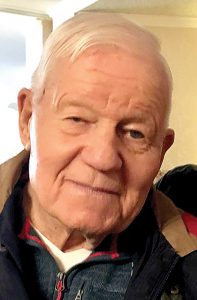 Theodore Andrew Sak, age 89, passed away peacefully into the arms of the Lord on June 30 with family by his side. He was the ninth child of Leon and Aneila (Niekra) Sak. Theodore was born in Lapeer, MI and was a graduate of Lapeer Schools class of 1949.

He was a kind and gentle man. Many throughout the community loved his gentle heart and sense of humor. He was a dairy farmer most of his life and loved his animals and working the ground. He also worked at Imlay City Schools for a time. He married Barbara Joan Crawford on June 22, 1957. They were happily married for 63 years.

The family will be available for memorial gathering on July 10 from 2-5 p.m. at Muir Brothers funeral home in Lapeer, MI. Burial will take place at Mt. Loretto Catholic Cemetery in Lapeer.

In lieu of flowers the family asks that memorial contributions be sent in his name to the Suncrest Auxiliary in Lapeer, MI.