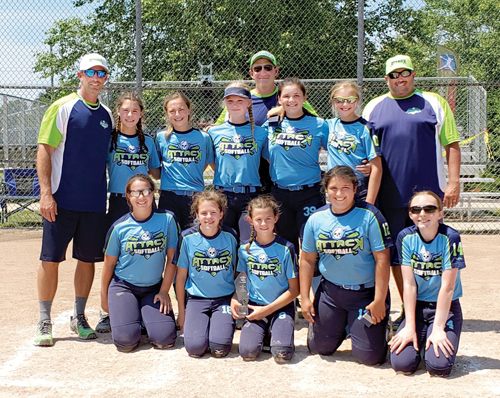 Stevensville is where the tournament unfolded.

Almont Attack started things off with a 6-2 setback to Hurricanes on Friday, June 26.

Later that day, Almont Attack evened their mark at 1-1 with a 1-0 win against Midwest Texas Glory.

Saturday’s action saw the team pick up a 6-3 victory over Michigan Bolts; register a 5-1 triumph against Finesse Hool; and obtain a 6-0 win over Finesse Gee.

That placed them in the championship game where Midwest Texas Glory provided their opposition.

When that contest drew to a close, Midwest Texas Glory had prevailed via a narrow 1-0 count.

Almont’s Brooklyn Bunch and Clio’s Lainey Cannon led the team, hitting around .400 each. Bunch and Cannon added four stolen bases and five RBI, respectively, to their cause.