Attack 16U winds up in second 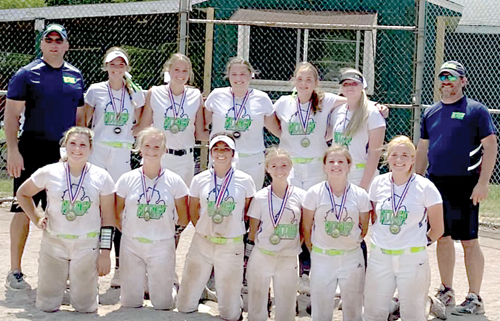 Owosso is where the action unfolded.

Attack started things off with a 4-3 win against Warriors Fastpitch on Friday, June 19.

Later that day, the team improved their tournament mark to 2-0 with a 9-1 victory over Saginaw Gold.

Those outcomes landed them a spot in the semifinals where Panthers provided the opposition.

When the final out was registered, Attack notched a 4-1 win.

They then went up against Freedom for tournament honors next. That battle concluded with Freedom ahead by a 9-2 count.