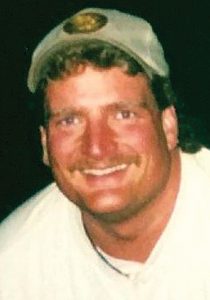 Daniel “Danny” VanderPloeg, 54, of Lum, died Friday, June 19, 2020 at his home. Daniel Andrew VanderPloeg was born July 9, 1965 in Lapeer, MI. He was the son of Andrew and the late Janice (Martz) VanderPloeg. He has lived his whole life in and around the Imlay City and Lum area. Dan was a graduate of Imlay City High School, Class of 1983. He studied to be a System Switch Technician at ITT School of Technology in Fort Wayne, IN. He married Laura Jane (Stone) Knowlton on November 6, 1998 in Imlay City, MI. He was employed by A.T. & T. as a telephone technician for the automobile companies (primarily working in General Motors plants). He worked for A.T. & T. for over 15 years. Dan loved to go to the Upper Peninsula to hunt, fish and snowmobile. He enjoyed all sports. Dan attended Crossroads Baptist Church in Imlay City; volunteered on the Goodland Fire Department; and was a volunteer with Lapeer County Emergency Medical Services. Dan especially enjoyed spending time with family and friends.

Dan was preceded in death by his mother, Janice VanderPloeg; and his father-in-law, Nelson Stone.

His unfailing faith in God and trust in His grace sustained Dan for years in his battle with Multiple Sclerosis. Dan’s life was a witness to the scriptures: Timothy II 4:7 says: “I have fought the good fight, I have finished the race, I have kept the faith.”

Much love to his nurses, Lisa and Jennifer, and his aide, Dustin, who provided care and friendship and to Lapeer County EMS who provided many lift assists over the last year.

A memorial service and celebration of life is being planned for a later date at the Crossroads Baptist Church at the corner of Weyer & VanDyke Roads in Imlay City. More information will be available soon as socializing eases up and we can gather more than just a few at one time.

Please be sure to sign the online register book at muirbrotheresfh.com to share your memories and condolences with the Knowlton and VanderPloeg families.