Albrecht tees it up for Indiana Tech 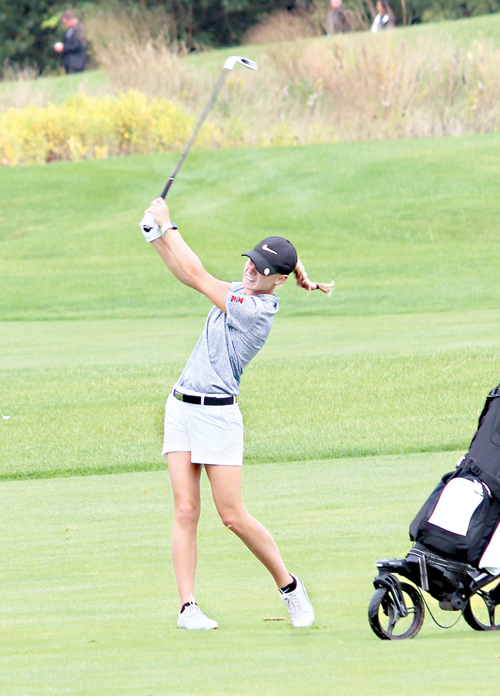 Lindsey Albrecht hits a shot for Indiana Tech in a match last season.

Albrecht teed it up next September 8-9 at the Screaming Eagle Classic.

With her help, Indiana Tech took third among 13 teams.

Indiana Tech competed next at the Blue Devil Classic, hosted by Lawrence Tech.

The tournament was contested September 23-24 on the Tradition Course at Treetops Resort in Gaylord.

It was there Albrecht shot a pair of 85s for Indiana Tech.

Her team placed third out of the field of 11 schools.

The next time Albrecht competed for Indiana Tech was at the second Wolverine-Hoosier Athletic Conference Jamboree Tournament.

It was there Indiana Tech managed a program record 591 output en route to a top finish.

Albrecht managed a 166 output over 36 holes. Her performance consisted of an opening round 86 and a closing round 80.

Indiana Tech then wrapped up their fall season October 10-11 at the third and final Wolverine-Hoosier Jamboree Tournament.

The 36-hole event was contested at Northville Hills Golf Club in Northville.

It was there Albrecht represented Indiana Tech on opening day (gutting it out to finish despite not feeling well from the 14th hole on). She did not play the second day of the event, due to illness.