ALMONT— Almont’s Landon Kruse gained mention on the State Champs! 300: 15 more linebackers to know going into the 2020 season list which was announced recently.

The list was meant to bring attention to those members of the Class of 2021 who have already made their mark on the high school landscape or are about to. No other class has been impacted as much by the COVID-19 pandemic and this is a way of trying to shine a light on those kids.

It is not necessarily meant to be comprehensive, that would be difficult to touch on every kid in the 2021 class, but it is meant to spotlight as many as possible. 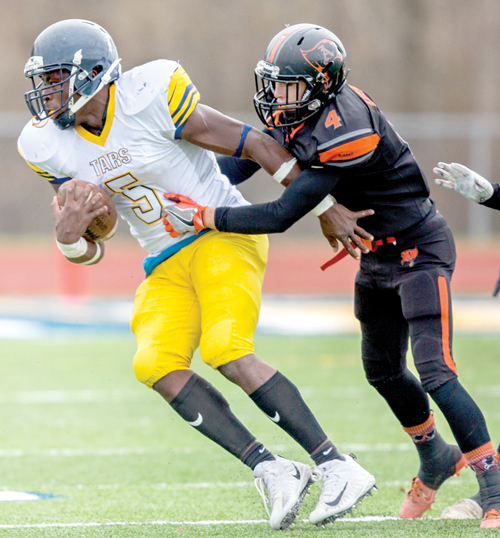 Kruse provided Almont with 23 solos and 31 assisted tackles during the 2019 campaign.
In addition to that, Kruse contributed two interceptions to Almont’s cause.

“He stepped into the role late in his sophomore season and has never looked back,” Almont Coach James Leusby said. “Landon has consistently improved and became one of the cornerstones of our defense as the season went on,” he noted.

“If he puts in the work and has a strong senior season we believe Landon will be right up there with any outside linebacker we have had in Almont. We are looking forward to having him back to lead our defense next season.”