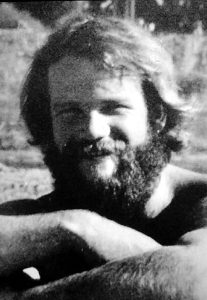 Gary Howard, age 69, of Tampa, FL, died Saturday, June 13, 2020 at Suncoast Hospice Care Center in Pinellas Park, FL. Gary Arthur Howard was born July 19, 1950 in Almont, MI. He was the son of the late Arthur Herbert and Marjorie Jean (Harrison) Howard. Gary grew up in Dryden. He was a graduate of Dryden High School, Class of 1968. Gary was an excellent athlete. He attended Central Michigan University. Gary proudly served in the United States Navy on the USS Constellation during the Vietnam War. He worked with horses at several different horse racing venues in Michigan, Florida and several other states. Gary did some logging and gold mining through the years.

Gary was preceded in death by his father, Arthur Howard; his stepfather, Norman Muir; sister, Gwen Blazo; and his niece, Michelle Blazo.

Cremation has taken place. There are no plans for a memorial service at this time.

Please be sure to sign the online register at muirbrothersfh.com to share condolences and memories with the Howard and Muir families.