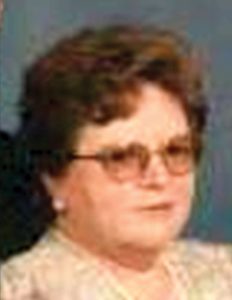 Wilma King, 82, of Capac, MI died Wednesday, May 27, 2020 at Tomlinson Adult Foster Care of Jeddo, MI. Wilma Jean Ross was born May 28, 1937 in Deckerville, MI. She was the daughter of the late Leroy and the late Dorothy (Innes) Ross. Wilma grew up in Deckerville and Marlette, MI. She was a graduate of Marlette High School, Class of 1955. Wilma married Willard Arthur King on June 4, 1955 in Marlette, MI. She was preceded in death by her husband, Willard, on April 29, 2012. Wilma has lived in the Capac area for 22 years.

She held several different positions throughout the years; teacher’s assistant for Imlay City High School, a store clerk at Dean’s Pharmacy, bus driver for Peck Schools, and a teacher’s aide for Genesee Schools.

Wilma was a member of Capac United Methodist Church. She was a preschool assistant at the church. Wilma also played the organ and piano at church.

Wilma was preceded in death by her husband, Rev. Willard King; her parents, Leroy and Dorothy Ross; and her three brothers, Gary Ross, Larry Ross, and Leroy Ross, Jr.

Please be sure to sign the online register at muirbrothersfh.com to share condolences and memories with the King family.