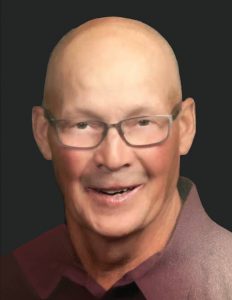 Roger VanDenBerg, 74, of Imlay City, MI died Thursday, May 28, 2020 at his home in Imlay City, MI. Roger Erwin VanDenBerg was born October 9, 1945 in Almont, MI. He was the son of the late Marinus and the late Emma (Stryker) VanDenBerg. He was a graduate of Dryden High School, Class of 1963. Roger has lived all of his life in the Imlay City area. Roger married Bonnie Sue Wood on June 14, 1963 in Imlay City, MI.

Roger was an owner and operator of VanDenBerg & Sons Farm from early childhood until the late 1990s. He went to work with Blue Water Trucking in 1998 and retired in 2018; he continued farming with his nephew, Nathan and Aimee, during retirement from 2018 – 2020.

Those wishing to make memorial contributions may direct them to the Imlay City Christian School.

Please be sure to sign the online register book at muirbrothersfh.com to share your memories and condolences with the VanDenBerg family.