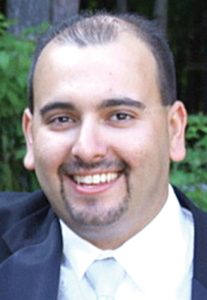 Michael Aaron Charles, 42, of Berlin Twp., passed away after a long illness on the evening of May 25, 2020 at Henry Ford Macomb Hospital, Clinton Twp.

Mike had a sweet sense of humor and made friends easily. Mike loved his pets and leaves behind his dear dog, Abbie, and his cat, Sully. Mike and Kim loved weekend camping when they had the chance. He worked in the automotive manufacturing business for many years and was last employed at Kiehin in Capac.

Mike was predeceased by his grandfather, Gary James Charles; grandparents, Barney and Hazel McCoy; and an uncle, Rex McCoy.

For information and Guest Book
kaatzfunerals.com