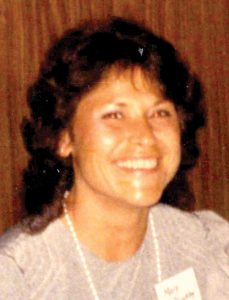 Mary Ann Chockley, 73, of Attica, MI died Wednesday, May 20, 2020 at home. Mary Ann Kolton was born October 6, 1946 in Hamtramck, MI. She was the daughter of the late Walter and the late Irene (Januszewski) Kolton. Mary Ann grew up in Lapeer, MI. She was a graduate of Lapeer High School, Class of 1964. Mary Ann continued her education at Mott Community College and earned her degree as a Registered Nurse. She married Robert Ray Chockley on June 20, 1970 in Lapeer, MI.

She was employed as an obstetrics nurse for Lapeer Regional Hospital before
retiring after 25 years
in the early 2000’s. Early in Mary Ann’s career she was employed in patient
care at Oakdale State Home in Lapeer, MI.

Mary Ann was preceded in death by her parents, Walter and Irene Kolton; son-in-law, Jody Gagnon; and her brothers, Jimmy Kolton and Kevin Kolton.

Please be sure to sign the online register at muirbrothersfh.com to share condolences and memories with the Chockley Family.